GREAT-WEST EMPOWER – IS YOUR RETIREMENT SAFE? 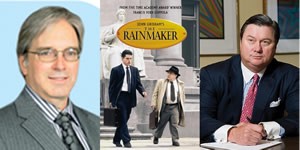 We are taking an unusual step here by publishing a story not directly related to Optima Tax Relief. We felt this story, from our sister website the  U.S. Watchdogs, entitled, Greg Whitten, Great-West Assurance: The Rainmaker Revisited?, just too important to our readers. The story reports on how Greg Whitten et al. and Great-West et al. deny a $6800 claim by a former employee of Whitten’s. This employee, who the U.S. Watchdogs refer to as the “Retiree”, is a victim of heart failure living off of Social Security, who certainly wouldn’t consider a sum of $6800 the “trivial amount” implied by Greg Whitten et al. The story came out during an investigation by the United States Watchdogs and serves as a warning that this could happen to any of us baby bloomers nearing retirement age.

The U.S. Watchdogs is dedicated to helping those who are abused by government or corporate officials who take advantage of the power of their office and/or position. The U.S. Watchdogs were asked for help by the “Retiree” and here’s the resulting short version of the story. The Retiree, who had just signed up for early Social Security because of heart failure, was notified by the Social Security Administration that he had $6800 in a 401K reported to them by a former employer, Proximation. Proximation was started by Billionaire and self-proclaimed 11th Microsoft employee, Gregory Whitten. He is also known for his multi-acre, multi-million-

dollar garage, which houses his car collection, one of which is reportedly worth $52 million, as well as his very public $32 million investment in Numerix. Not exactly worrying about his next meal like our Retiree, is he? Proximation was for all intents and purpose, merged into Numerix. After months of trying to find information about the money, our Retiree gets a voicemail denying any record of him ever having a 401K. This voicemail also made clear the Retiree was bothering him for a trivial amount of money. The Voicemail.

After we read what we just told you, we figured nothing new here, just another rich jerk trying to screw the little guy. But then we saw what frankly scared the hell out of us and why for the first time we put a non-Optima Tax Relief story on our website.

The person relied on by Proximation to deny the Retiree’s claim was Marilyn Bartelme whose email is [email protected] The website, retirementpartner.com, redirects to the FASCore, LLC website which is owned by Great-West Life Assurance Company. Great-West Financial’s CEO, is Robert L. Reynolds. Prior to being CEO of Great-West, Robert Reynolds was CEO of the Boston Company, Putnam Investments. According to the Boston Globe, Reynolds “is sitting atop a newly merged group of companies that is the second-largest 401(k) retirement plan administrator in the country”.

Are you scared yet? If a Billionaire like Greg Whitten can hire the second largest 401K administrator in the country, and influence them into denying an employee’s 401K claim, us little people don’t have a chance.

We read the story, reviewed the documents, listened to the voicemail and read the emails. We concluded without any doubt in our minds, Greg Whitten and/or Proximation and/or Numerix owe this Retiree the money.

There is certainly more to the story. It appears that Billionaire Greg Whitten used his mentor Bill Gate’s tactics to obtain some real high-tech, high-worth software from the Retiree and then didn’t  pay him what he contractually agreed to.

If a person in power can hire the second largest 401K administrator in the country to do their bidding, what will happen to our retirement money?

If you’re retired, retiring or looking at retirement funds, this is a must-read story. Check out: Greg Whitten, Great-West Assurance: The Rainmaker Revisited? at the U.S. Watchdogs.