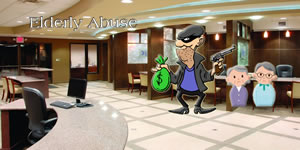 Al Capone and Bugs Moran would envy Jesse Stockwell. Our researchers are senior citizens and they had to reach for their nitro tablets when they saw the rates published, yes published, at Jesse’s LoanNow website available here. And if the page disappears, as has happened in the past, we made a pdf facsimile available here.

Republished with permission from uswatchdogs.net.

Be serious! You can get a better deal at your local neighborhood loan shark. Even the Chicago Mob is going to buy one of Jesse Stockwell’s books he claims to author on his website, jessestockwell.com. I guess they taught a whole lot more at the Wharton School of Business than we thought.

Do they hand out Tommy Guns rather than diplomas at graduation? Let us present the following scenario of Jesse’s business plan. Please remember, this is pure speculation:

While this was a satire, it’s really not very funny. And while what Jesse Stockwell and his companies are doing in reality may not be a crime, it should be.