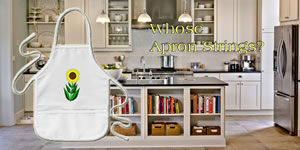 Joanne Stockwell of Falmouth, Massachusetts is the mother of Jesse E. Torres IV, one of the defendants in the case we’re covering, Torres v. Torres, who has since changed his name to Jesse Stockwell, adopting his mother’s maiden name. In our research into the people involved in this case, we’re uncovering what appears to be a shady history between this mother and her son that perhaps explains the motivations behind Jesse E. Torres IV’s actions and why he is a named defendant.

This article is part of our Pro Se Litigant series, case: Torres v. Torres – The People

We’ll let the Cape Cod Times story sum up Joanne Stockwell’s character. She has been arrested for disorderly conduct, resisting arrest and even assault and battery on a police officer in the lobby of the Falmouth Massachusetts Police Station. More on this and links below.

What influence does Joanne Stockwell have over her 36 year old, never-married son who renamed himself after her? What motivation does she have to see her ex-husband, the Plaintiff Jesse E. Torres III, punished in the Torres v. Torres case? The divorce of Jesse E. Torres III and Joanne Torres, 28 years ago, is legendary. This was the divorce that started the “Impeach Judge Shirley R. Lewis” movement and was the only citizen impeachment effort that actually led to the removal of a sitting Judge. All the charges she filed in that divorce case were disproved and dropped which ultimately led to her losing sole custody of their twin sons and to joint custody being granted to her ex-husband. The key incidents in that case included:

Could it be that even after 28 years, Joanne Stockwell of Falmouth, Massachusetts, then known as Joanne Torres, is still trying to get even with her ex-husband, Jesse E. Torres III, after losing so badly in divorce court? She certainly displays a pattern of bad acts. These acts were bad enough during the divorce but they appear to extend beyond that and to include her son, Jesse E. Torres IV, aka Jesse Stockwell.

We’re not sure if it is Jesse Stockwell or his mother Joanne Stockwell who initiated the following criminal, near-criminal or unethical acts. Perhaps they are like the lions in the “Ghost and the Darkness”, who were bad on their own, but together these lions were called the “devil himself” by the natives.

In our interview with Jesse III, he talked about how he agreed to give his son the $11,000 he needed, to start his new business with his Wharton friends. Jesse IV knew that money after the dot com crash was very tight for his father, and agreed to pay him back as soon as he could. This was to be kept between Jesse IV and his Dad. Jesse E. Torres IV didn’t honor his agreement with his father to keep the loan between himself and his father.

It is beyond a reasonable doubt that he went to his mother, Joanne L. Torres (aka Joanne Stockwell-Torres, Joanne Stockwell) and at minimum, discussed the $11,000 loan with her. As his parents divorce was central to a two year Impeachment effort which only ended when Judge Shirley R. Lewis was removed from the Bench, we would find it hard to believe that Jesse IV’s father would have contacted his former wife with this information.

After nearly 20 years, Joanne L. Torres was finally finalizing the divorce. Out of nowhere, she demanded that the $11,000 that was to be loaned to her son by his father, be sent to her. Jesse recalled his answer with fire; “it will be a cold day in hell”. Jesse IV pleaded with his father to give her the money, money he was desperate for to be a partner in the new commemorative coin business, promising to repay his father and that would his father, please, just sign her “stupid” divorce demands so that he would get the money.

In a series of heated emails available here, Jesse E. Torres IV refused to repay his father, claiming now that the $11,000 was a gift from his mother. While Jesse III regrets saying it, in the heat of the argument, it came out that had it not been for his father (Jesse III) chasing his mother, who flew to California, the only state where abortion was legal in 1977, that he would not have been born.

We are applying for copies of Jesse E. Torres IV’s (aka Jesse Stockwell, Jesse E. Stockwell) financial assistance documents. Jesse’s father alleges that Jesse’s mother, then known as Joanne L. Torres, (as well as one of the following: Joanne Stockwell / Joanne Stockwell-Torres), forged the federal loan documents stating that the address of the father was unknown.

She did this while having at least weekly contact with Jesse E. Torres IV’s father who was living and working in San Francisco, CA where Jesse and his twin brother spent many holidays and summers. If true, this would have significantly reduced the amount of Jesse’s student loans as he would have received Federal Grants. As federal loan applications are signed under the pains and penalties of perjury, if true, we believe this would be a Federal Criminal Act.

It becomes more than circumstantial that without Jesse Stockwell’s mother and her then live-in boyfriend, Jesse Stockwell would not have been accepted at the Wharton School of Business. The facts are that he was originally rejected by Wharton as was covered in our story, Debtmerica’s CEO Jesse Stockwell: Is he Defendant Jesse E. Torres IV?, quoted below:

He’s a graduate of Wharton Business School, class of 2000. He was granted late (last minute) admission to Wharton. When we interviewed his father, he said he had made arrangements to drive Jesse to Tulane University with the father of a friend whose son was also attending Tulane.

As his identical twin brother had been admitted to Cornell, an Ivy League University, Jesse was down in the dumps. To say that Jesse’s father and mother didn’t get along would be an understatement. Their divorce will forever be associated with the Impeachment effort of Judge Shirley R. Lewis. Jesse’s father was both proud and happy when Jesse told his father that, “my mother’s, live-in boyfriend’s brother is the head of the Wharton Alumni association”, and he pulled strings to get Jesse IV admitted. His father told him that, the important thing was how he did at Wharton, not how he got in.

If you think that this is a story about a bad divorce, think again. This is about the history and character of Joanne Stockwell and how she may have influenced her son, Jesse Stockwell, which led to him being sued by his father under the R.I.C.O. statutes. You will want to read the story published by the Cape Cod Times available here and quoted below, where Joanne Stockwell and her new husband, Courtenay Barber, were arrested and charged with disorderly conduct, resisting arrest and assault and battery on a police officer. The Police Record is clear that they assaulted multiple Police Officers in the lobby of the Falmouth Police Station, yes, the lobby of the Falmouth Police Station:

Barber became agitated and raised his voice. When he pointed his finger in an officer’s face, he was put under arrest for being disorderly, according to police records.

When Barber wouldn’t submit, he was kicked to the ground by officers, court records said, and Stockwell then jumped on an officer’s back.

Both were charged with disorderly conduct, resisting arrest, and assault and battery on a police officer. Full Cape Cod Times Story