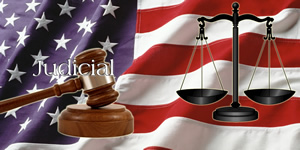 This is the uswatchdogs.net’s summary of the Verified Complaint filed in Massachusetts Superior Court #BACV2011-00433, by Jesse E. Torres III and Jennifer J. Adams v. Donald F. Torres, Jesse E. Torres IV (aka Jesse Stockwell, Jesse E. Stockwell), Debtmerica LLC and Sophie J. Torres. After Judge Christopher J. Muse, who was accused of bias, dismissed the case, his decision was overturned by the Massachusetts Court of Appeals, #2012-P-0524. This is the summary, to date, of the Pro Se Case in Court, and includes the incidents, we believe, that led up to this case’s filing. We also have a more detailed version available here.

This story is part of our exclusive series about Pro Se Litigants; case: Torres v. Torres – In a Nutshell

This summary also reflects our opinions after analyzing the documents in the case as well as after numerous interviews with the Plaintiffs. Before advertising this site and the related stories about the case, uswatchdogs.net will offer the Defendants an opportunity to respond to our exclusive Pro Se Series, in the case of Torres v. Torres.

James Kimberly Torres attempted to extort $30,000 from Jesse E. Torres III. The threats escalated as Jesse refused to pay. Jimmy along with his father, Donald, resorted to firing industrial-sized skyrockets at Jesse’s house, while his father, Jesse Jr., an Alzheimer’s victim, was staying with him. Jesse Jr., a veteran of World War II, was terrified that he was back in the war and being fired upon. Donald and Jimmy fired their rockets and shouted threats. Jesse III’s sons, Jesse E. Torres IV and Joseph J. Torres, on more than one occasion, sat on “Uncle Donald’s Porch” drinking and laughing.

After Jesse Jr. left Baja, in the height of the summer heat when Baja is all but deserted, James went to the house of Jesse III and Jennifer Adams and threatened that if they were not out of Baja in 30 days, his prison buddies from Hell’s Angels would kill them.

On the advise of the California D.E.A., Jesse III and Jenny fled Mexico to Big Bear, where Jenny’s family had a cabin. Big Bear was at an altitude of 7000 feet which caused fluids to build up in Jesse’s lungs resulting in Heart Failure from which he nearly died. It is doubtful that the Heart Failure would have happened at his sea level home in Baja. Just prior to his heart failure, Jesse’s father died unexpectedly in Massachusetts while under the care of his mother, Sophie J. Torres, and her adopted daughter, Mary C. Torres.

Jesse and Jenny returned to Massachusetts to withdraw the $150,000 he had left with his father to hold. His mother had closed the account and transferred the funds to her account where less than $30,000 remained. Although Jesse Jr.’s estate was appraised at $1.6 million dollars, it was literally falling down from disrepair. The only hope was for Jesse and Jenny, who has a masters degree in engineering, to repair the property where substantial income would be available for Sophie. The escalated property values would more than repay the funds transferred from Jesse’s account, which, in large part, were needed to pay for his hospital bills.

Jesse discovered that the adopted sister, Mary C. Torres had taken Sophie J. Torres to an attorney who was hired and paid for by Jesse IV. The result of this meeting was a draft of a new Will that would have benefited Mary $800,000. The existing Will specifically excluded Mary and left the entire family estate of generations to the only natural child, Jesse III. The estate had been promised to Jesse III for the hundreds of thousands of dollars he had loaned his parents after his father’s near-death accident as well as after a series of bad business ventures.

Was it an idle death threat? Shortly after that, James Kimberly Torres took his Desert Eagle, placed it to his head and killed himself. Jesse III believes that Jimmy’s father, Donald F. Torres, blamed Jesse for Jimmy’s death as his Extortion and Death Threats were reported by Jenny to the Federal Mexican Attorney’s Office, where the equivalent of an Arrest Warrant was issued. It is also believed by Jesse III, that Jimmy, a convicted and imprisoned felon, was at the time of his death under investigation by the California DEA and State Police Criminal Investigation Unit, as they had contacted Jesse III.

The Spark that Ignited the Flames

Complications arose while restoring the Torres’ home of generations. This led to a request from Jesse III to his son, who was now wealthy, to repay him the $11,000 he loaned him many years before when Jesse IV opened Coins That Care, LLC:, DBA National Medallions, LLC, to exploit 9/11; that company was later closed when the New York Firefighters Association and/or the firefighter’s widows sent letters threatening to sue the company for copyright and license infringement. Jesse III asked his son to send the money directly to his Grandmother, to carry the construction mortgage until he could acquire new permits. See email.

Jesse III and Jesse IV were for the most part estranged. Jesse E. Torres IV and his twin brother Joseph J. Torres, including after the extortion began, made frequent trips to Baja which included Christmas and New Years. During these trips, they stayed with their Great Uncle Donald Torres, often joined by James K. Torres with whom Jesse IV had lived after his employment was terminated at Prudential Volpe Technology Group. Even during the holidays, neither son ever came to visit their father who lived just two houses down. The Verified Complaint contains detailed R.I.C.O. charges against Donald F Torres and Jesse E. Torres IV.

In our interview with Jesse III, he talked about how he agreed to give his son the $11,000 he needed, to start his new business with his Wharton friends. Jesse IV knew that money after the dot com crash was very tight for his father, and agreed to pay him back as soon as he could. This was to be kept between Jesse IV and his Dad.

Jesse E. Torres IV didn’t honor his agreement with his father to keep the loan between himself and his father. It is beyond a reasonable doubt that he went to his mother, Joanne L. Torres (aka Joanne Stockwell-Torres, Joanne Stockwell) and at minimum, discussed the $11,000 loan with her. As his parents divorce was central to a two year Impeachment effort which only ended when Judge Shirley R. Lewis was removed from the Bench, we would find it hard to believe that Jesse IV’s father would have contacted his former wife with this information.

After nearly 20 years, Joanne L. Torres was finally finalizing the divorce. Out of nowhere, she demanded that the $11,000 that was to be loaned to her son by his father, be sent to her. Jesse recalled his answer with fire; “it will be a cold day in hell”. Jesse IV pleaded with his father to give her the money, money he was desperate for to be a partner in the new commemorative coin business, promising to repay his father and that would his father, please, just sign her “stupid” divorce demands so that he would get the money.

In a series of heated emails available here, Jesse E. Torres IV refused to repay his father, claiming now that the $11,000 was a gift from his mother. While Jesse III regrets saying it, in the heat of the argument, it came out that had it not been for his father (Jesse III) chasing his mother, who flew to California, the only state where abortion was legal in 1977, that he would not have been born.

It is alleged in the Verified Complaint, that Jesse E. Torres IV and Donald F. Torres, who it is believed to have held Jesse E. Torres III responsible for his son’s death, with the resources of Debtmerica LLC, did conspire with Sophie J. Torres and Mary Torres, and did finance the litigation that was designed to breach a signed contract with Jesse E. Torres III in order to deny him the $1.6 million dollars to which he was entitled.

Charges of bias during the initial hearings are well supported by their transcripts and the fact that the lower Court’s decision was overturned by the Massachusetts Court of Appeals. This seems to further support the facts claimed in the Verified Complaint. The original order was overturned and the case has been remanded back to the Massachusetts Superior Court. A  Massachusetts Rule16 hearing is scheduled where argument will be heard on how the case will proceed to trial.

An interesting footnote to this case is that the first contract which was attached to the Will, challenged Massachusetts Law, as stated in the Appeals Court Ruling:

“These are significant questions that may have broad implications. However, because we conclude that it is unnecessary to decide them in this case, as a matter of judicial prudence we decline to do so.”

What the Plaintiffs never got a chance to argue in the lower court, was the second Contract that superseded the disputed Contract. As additional time and money were required to complete construction, Jesse and Jenny sold their home in Mexico in a depressed market to obtain said funds. See the superseding contract to create a Corporate Trust for the properties with the specific stock ownership specified as 51% to Jesse III and 49% to Sophie J. Torres, available here.

Of Note: The Defendants were successful in evicting Jesse III and Jenny from the property they had at minimum, a contractual right to use. After selling their own home in Mexico and using those remaining funds to save the homestead with the promise of repayment upon the completion of construction, Jenny and Jesse’s funds were severely depleted. Almost immediately thereafter, Mary C. Torres and Sophie J. Torres were in Massachusetts District Court multiple times to evict Jesse III and Jenny. It appears that a reasonable inference can be drawn that the Judge was likely to have relied on the continual reference by Sophie’s and Mary’s attorney, Seth G. Roman, that the Superior Court had dismissed Jesse III’s and Jenny’s Verified Complaint, and therefore there was no merit to their contract. Seth Roman was an attorney paid for by Jesse E. Torres IV (aka Jesse Stockwell, Jesse E. Stockwell), and/or Debtmerica LLC.

Jesse and Jenny, with their funds completely exhausted from the property restoration, were made homeless by the direct actions of Jesse E. Torres III’s mother, Sophie J. Torres, his son, Jesse E. Torres IV (aka Jesse Stockwell, Jesse E. Stockwell), his uncle, Donald F. Torres as well as the one who would benefit by $800,000, Mary C. Torres. They all knew of Jesse III’s heart failure which had already almost caused his death when, as the documents on file clearly indicate, they literally and wrongfully “threw him into the streets”.

Irony: It certainly is reasonable to conclude that Jenny and Jesse were made homeless based on an overturned decision by Judge Christopher J. Muse, whose bias is clearly supported in the Appeal and court transcripts. Were the tapes so bad that the Court refused to obey its own order to turn them over?

Update: Right after Sophie J. Torres lost her appeal, she reduced the price of property that her construction mortgage showed would be worth $545,000, to $235,000 (the home does need to be completed, estimated cost then $40,000). Why would she take such a loss on the property? The answer seems to lie in Sophie’s history. (See Who is Sophie J. Torres?) There were between 10 – 15 family members, many of whom called her Aunt Sophie, who were party to lawsuits against her filed in Barnstable County Courts.

Be watching for our exclusive coverage of the case of Torres v. Torres as we follow the plight of its Pro Se Litigants.

For a more detailed version of the case see:

TORRES V. TORRES: A STORY OF TWO PRO SE LITIGANTS’ BATTLE, NOT JUST FOR JUSTICE, BUT THEIR VERY SURVIVAL